"We are not alone" going Main Stream? 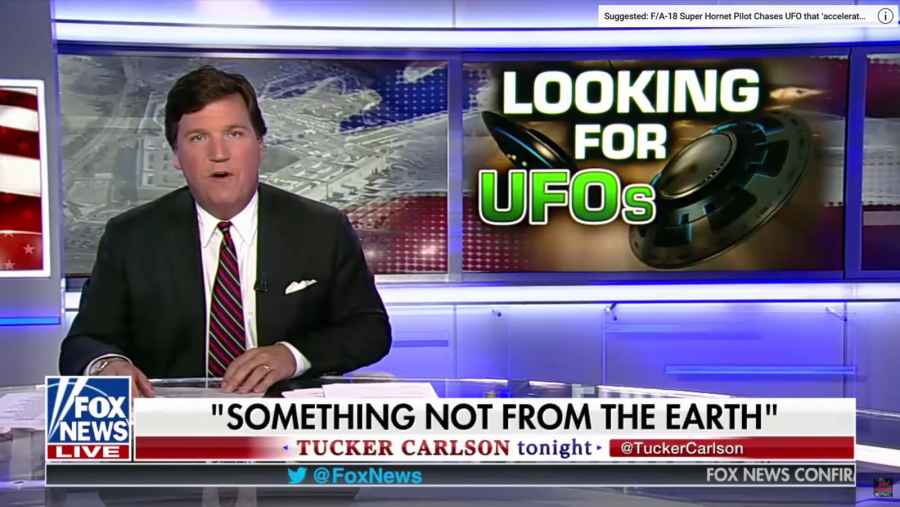 “We are not alone” going Main Stream? – Interesting Interview with Navy Pilot who witnessed “Tic Tac” UFO on Fox - There is obvious excitement among the Ufology Community about the recent revelations of a DOD UFO study program along with footage of a “Tic Tac” UFO filmed by a Navy Fighter Pilot in 2004. We are seeing a major increase in interest from the media and among the general population.

There is also quite a buzz in the background among the Ufology and YouTube’er talent about huge investments in our community from major streaming video providers and Hollywood Entertainment in general. I would expect to see a lot more movies and series in late 2018 and early 2019 that are centered around UFO’s or Aliens. It will be interesting to see how these large corporations ‘spin’ the narrative.

Because of the protracted and partial disclosure that is underway, I expect that the next challenge for the Ufology community will not be how to stop the infighting and work together but how we handle a surge in numbers of people that are awakening to this greater reality. We all will have a major responsibility to use our hard-earned talents and assets to promote this process. David Wilcock and I had a recent conversation where he stated that in 20 years, he had not seen the community so ready to participate in the disclosure process. I believe he stated you were “stepping up”. This alone is very exciting!

Most of our community is aware that the Cabal plans to use their version of disclosure as a mass distraction from the revelations of their corruption and connections to Human Trafficking. The closer we get to those revelations the more we can expect this type of UFO/Alien coverage on the Main Stream Media and in Entertainment.

With all of the testimony in the public about these programs and experiences, the SSP Alliance believes a partial disclosure is no longer possible. The public will be excessively skeptical of the government once the corruption is exposed as well as the revelation of Secret Space Programs and visitations by ET’s. The public will dig into all of our information looking for threads to pull at. In the last 3 years this community has made it impossible for a partial disclosure to occur.

The Earth Alliance and “Cabal” have agreed to a partial disclosure process. This is not expected to change. I believe that we should support everyone that is doing any type of disclosure (Not fake, real disclosure). As we receive little bits and pieces it is then up to us to start pulling at the threads and showing everyone there is yet more to learn. We can assist the partial disclosure groups by working with them and gently showing them more information along the way.

If we do this, we may finally make the right connection who see’s there is more, digs deeper and then drops the whole story onto a shocked world.

I want to thank all of you who are stepping up. You realize that none of us is more important than the other. NONE of us! Only if we continue to put ourselves “out there” will we ever have a chance for Full Disclosure.

*Keep an eye out for the update before or on Christmas*

We are Disclosure! Corey Goode